Call for Papers: "Uncovering the Historical Evidence and Events of Circular Economy"

We, the small team of editors with different cultural, educational, and ethnic backgrounds working in the diverse research fields with extended core research as CE, have given deep thought to search for evidence and events of circular economy (CE) in history both conventionally and unconventionally along with our collaboration partner Actionable Section on Historical Evidence of CE by HICCER – Hariterde International Council of Circular Economy Research, Kerala, India. Based on our thought, we found an interesting link between culture, society, and people and their ancient living practices with CE. We have listed a few points based on our personal experiences to give you guys some idea.

Historical aspects got the Guest Editor’s Eyes:
• Do not disturb the sky and do not pollute the atmosphere… Yajur Veda, 5:43
• Dirt “waste” is matter displaced that can be transformed into a golden resource “waste-derived products” that eventually result in economic gains and better living. As far back as 533 CE, one can find a text called the Qi Min Yao Shu, which described the use of human excrement as fertilizer. By the 18th century, human waste became a prized commodity for farmers, who called it “Golden Juice”
• Groupings of dung and thatch huts dated back to 3000 BCE in ancient India, where thatching refers to the craft of building a roof with dry vegetation such as straw, water reed, cladium mariscus, rushes, heather, or palm branches, layering the vegetation to shed water away from the inner roof
• In Indus Valley, the homes came equipped with built-in trash chutes, similar in concept to those found in today’s high-rise buildings in many cities
• Besides the brilliance of its sewage and waste management systems, the Indus Civilization can also be credited for the world’s first automatic flushing toilets employing rainwater circularization
• In Arthashastra, authored by Chanakya, there were numerous directives and frameworks concerning economics, agriculture, law, social welfare, trade, and over 170 other topics essential for good governance and successful bureaucracies to ensure that a swachh and swasth empire was maintained
• Over time, the Maurya, Gupta, Vijayanagara, and other Empires and Kingdoms of the Indian SubContinent maintained a focus on water and sanitation, following the nature-based solutions like the sun as a source for cleaning water, healthy living etc.
• In ancient Delhi, during the 3rd century BCE, drains channelled wastewater into ‘wells’ which may have functioned as soak-pits

Guest Editor Dr. NALLAPANENI Manoj Kumar's personal experiences and views:
• Shepherds used to cut the prosopis juliflora and other shrubs in the near or far away places to villages to feed the goats, and such spatially distributed wood will be naturally dried which then picked and used by the villagers as cooking fuel or burning the traditional clay bricks that used in housing construction
• The farming community used to share the machinery and other resources for agricultural activity
• Shared water wells for agriculture are pretty common even in modern India
• Food waste from the houses and any other events will be used as a feed ingredient with other mixtures for cattle (especially buffalo, cow, and ox)
• In the global south practice of product life extension is quite common, and women are the front-line warriors promoting a circular economy. e.g., plastic containers reuse as storage mediums for spices, water and other commodities; after the second life, the same plastic container viewed as a priced commodity in exchange for onions and other daily products
• IKEA style luggage bags are commonly seen in India in the rural areas as school bags, shopping bags, raincoats, roof covers over the huts, and sun protectors, and these are mostly derived from the waste generated (as empty bags) at the fertilizer shops, seed shops etc.

The above mentioned just a few points, like this there are many. We do not feel surprised if you would have encountered similar or more. So, we firmly believe that there is a strong link between culture, society, and people and their ancient living practices with CE. So, we believe it is the time to uncover such historical evidence and events.

Given the goal of “uncovering the historical evidence and events of circular economy”, this research topic focuses on the broad spectrum of culture, society, and people and their ancient living practices mapping to CE and sustainability. Overall, we seek contributions in the form of original research, brief research reports, reviews, methods, opinions, and perspectives that bring insights into the historical aspects of CE. 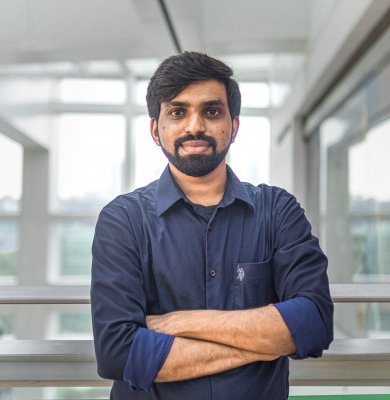 More Calls for Papers and Proposals