The COVID-19 Response: The challenges and promise for input-output modeling and related disciplines

Nations around the world are taking unprecedented measures to control the spread of the COVID-19 disease. The measures include shutting down large sectors of the economy leaving only ‘essential’ services like medical care and food supply operating, requiring or requesting that non-essential manufacturing sectors to redirect their production lines toward producing scarce and much needed medical equipment to protect the healthy and treat the sick, and having individuals stay at home, only venturing out for essential needs.

Just to pick a few examples from my home State of Georgia in the U.S.A., we now have a brewery making hand sanitizer, a dine-in restaurant becoming a grocery store, a research university making face shields, and an atheltic clothing company making face masks from repurposed materials. The drastic changes brought on in response to COVID-19 have not only provoked changes in industrial sectors – it is also affecting households. Households, for example, are driving less but also there is some evidence that they are producing more municipal solid waste, shifting some of this waste away from commercial establishments.
Many of these changes will have cascading effects on prices and output in other sectors as a result of the associated changes in supply and demand, which in turn drive changes in resource use and pollution.

Such changes reflect what is known in economics as structural change. Input-output (IO) tables are a model of economic structure that we build on with various environmental extensions to create environmentally-extended input-output (EEIO) models. IO tables are generally compiled on a semi-annual or annual basis by national statistical offices. A general assumption when building EEIO models is that economic structure is relatively constant or slow to change. What we have seen in this response are very rapid structural changes in some industries as well as massive reductions in economic output. These changes, or at least many of them, are likely to be temporary. But these changes will be obscured in annual statistics, where the economy operating at status quo will be mixed with this COVID-19 response economy.

This really throws a wrench in an EEIO model, which assumes that the economic structure is stable throughout a year and generally from year to year, along with the associated resources use and generation of waste and pollution. So for those using these models for assessing more stable trends then 2020 – when the start and later in the year we expect to have a more status quo economy – will be a toss-out year.

The Promise and Challenge

Despite the problem for the typical EEIO model that such drastic temporary change will cause, there is much promise, both from the wider lens of the adaptive capacity of our economic system and households, and for those modeling this system and its relationship to the environment.

The rapid response has demonstrated great capacity to leverage public and private institutions through both regulatory and voluntary means to mobilize toward achieving a goal, which includes restructuring of production and massive behavioral change on the part of households. This is not to suggest that any changes as a result of the COVID-19 response are by any means desirable – it is rather the evidence of the ability to respond at such a large and coordinated scale that shows great promise. The path to a more sustainable economy also requires structural and behavioral change, particularly in ways that will lead towards more efficient use of materials and energy resources and generate less waste and pollution, while still maintaining a vibrant economy with full employment. So if the right understanding and incentives are in place to compel changes in this direction, the COVID-19 response has demonstrated that economies and households are capable of making changes en masse over a very short period of time.

For the specific discipline of EEIO modeling, but also relevant to those modeling techno-economic and behavior changes using other methods, we now have hard evidence in the form of the many examples of real changes. As modelers , we’re often trying to anticipate all the direct and indirect changes associated with prospective technologies without data from their implementation in real systems. We now have examples of industries rapidly producing new secondary commodities with existing infrastructure, evidence of mobilization of new supply chains, and examples of massive household behavioral change. Can we study and build on these examples to develop more accurate models of structural and behavioral changes that would lead us down a more sustainable path? I welcome your comments on how we can draw insight in terms of EEIO or more broadly any techno-economic modeling as a result of what we’ve seen in the COVID-19 response. 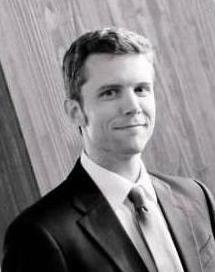