I am writing this note while attending the Reginal 3R Forum for Asia and the Pacific in Bangkok which is a high level policy makers meeting focussing on resource efficiency and waste minimization enabled by the 3R’s and circular economy. Not surprisingly, Industrial Ecology research is front and centre at the meeting which is organised as a science-policy interface. It’s very clear that Industrial Ecology is becoming more and more important as we battle to align human development with resource conservation and climate mitigation.

The year has also started very busy for our society. We have established the ISIE as an incorporated society in the Netherlands and have started to transfer ISIE assets and liabilities from Yale where the ISIE had been hosted as a project for the last two decades. We have transitioned our council to become the board of the ISIE and adopted our bylaws and are now fully functional in our new structure. This has also enabled us to launch the membership renewal process and many of you have renewed their membership.

One important consequence of incorporation as an independent scientific society in the Netherlands is that the voice of our membership is going to be strengthened. The annual general assembly which will be held for the first time in the context of the ISIE conference in Beijing will allow members to guide the strategy and operations of the ISIE in a more direct fashion. This is new for us as a society and we’ll see where this change is going to take us. I hope it will increase the involvement of our membership that is all of you, to more actively engage in the ISIE and to shape its development.

We have also moved to a regular meeting schedule of the ISIE board with quarterly board meetings. The minutes of the meetings are going to be available online for information of all members.

An important aspect of the institutional changes we have gone through is to reduce costs and to grow our services to our membership at the same time. This can only be achieved if we can grow our membership numbers significantly. This will in turn enable us to engage in a number of initiatives that drive the further impact of the ISIE and should become beneficial to all of us as the standing of our research community as a main provider of environmental and sustainability science is growing.

The Paris Climate Change agreements and the Sustainable Development Goals as well as many policy initiatives are only going to increase the demand for IE research in the future, as the policy and business community increasingly looks for the scientific evidence of their policy and investment decisions. One of the important strategic issues for the ISIE will be to which extent we can represent and be an umbrella for the fast increasing global activity in our field. We will discuss this on our annual general assembly in Beijing. 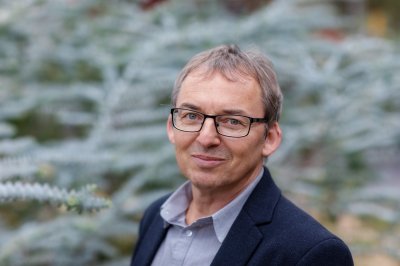