Brief reflections on the Cities and Climate Conference (CCC)

The “Cities and Climate Conference 2017” (Potsdam, Germany; September 19th-21st, 2017) was not only the final conference of the EU FP7 RAMSES Project (No. 308497) but also was of interest to industrial ecology researchers and the wider scientific community.

Cities are characterized by an overwhelming complexity but also play a key role in the solutions of climate problems and are increasingly associated with risks as well as opportunities and scientific exchanges are urgently needed. The participants discussed the results and topics with the intention to build up a network and being a starting point for upcoming cities and climate change related conferences (like e.g. IPCC ‘Cities and Climate Change Science Conference’ in May 2018 in Edmonton).

In line with RAMSES remit of Reconciling Adaptation, Mitigation and Sustainable Development for cities; Science for cities in transition, various topics were covered. The latest advances in research and practice addressing including issues of infrastructure, planning, governance, finance, economics of adaptation, health, risk management, and the quantification of possible trade-offs and synergies with mitigation and sustainability objectives were discussed. One output that was presented as a result of RAMSES is the Transition Handbook and Training Package that aim to help cities to design and implement adaptation and mitigation strategies can be downloaded from the RAMSES website http://www.ramses-cities.eu/resources/

During the three days some 100 talks were given in 19 thematic sessions that were selected through a call of abstracts. Invited keynote speakers from e.g. the European Commission, NCAR, Asian Institute of Technology and the World Resource Institute complemented the programme and contributed to an interesting final discussions.

In case ISIE colleagues are interested in more of the RAMSES outputs or indeed the Book of Abstracts for the conference please do get in touch with Oliver.Heidrich@ncl.ac.uk. 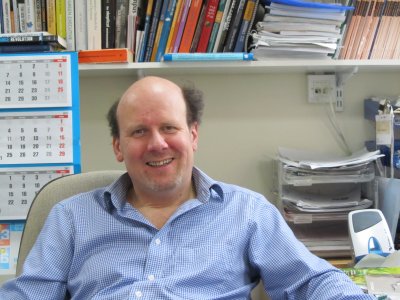